Actors pick the best reality show of the last decade 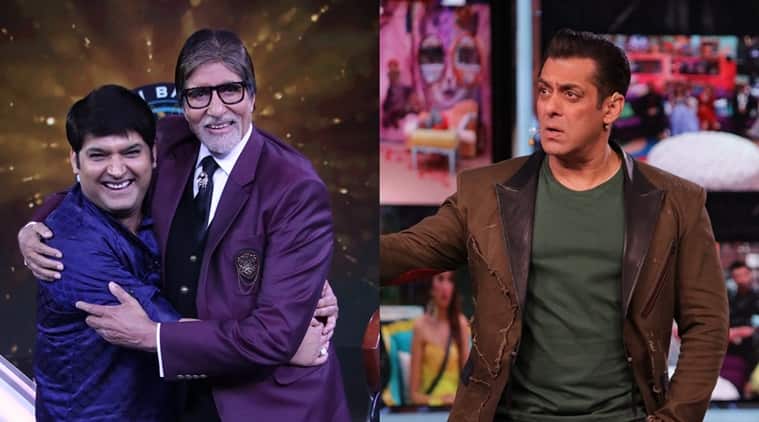 Harsh Limbachiyaa and Kriti Verma picked Bigg Boss as one of the best reality shows of the last decade.

When it comes to television shows, people usually enjoy watching fiction shows, especially the women in the house. However, there is a section of the audience that laps up reality shows.

In the last decade, we saw multiple seasons of reality shows entertaining viewers. From talent hunts to celebrity reality shows, there were enough options for everyone.

Wanting to know which reality shows do our celebrities like watching on TV, indianexpress.com asked a few actors to pick their ‘best reality show’ of the last decade. Here’s what they had to share.

Shakti Arora: I think Science with Brain Café. I used to teach science to kids live on the show, and it was an awesome experience. We touched upon some really important topics like magnets vacuum, bubbles, electricity, chemicals and also did experiments with liquid nitrogen, which was scary and thrilling at the same time. One can find the episodes on YouTube and ZEE5. It was an educational and entertaining show, something different from the usual reality shows in the last decade.

Pooja Gor: I will pick Khatron Ke Khiladi. It’s the kind of show that interests me. Also, I haven’t watched most of the other reality shows, so yes, that would be my pick.

Harsh Limbachiyaa: From the older lot, I will pick Bigg Boss and Indian Idol. It’s been more than a decade since the shows are running, and people still love it. While Indian Idol has given us so many talented singers, Bigg Boss has been a source of entertainment. However, I would also like to name Khatra Khatra Khatra and The Kapil Sharma Show. KKK was an experiment, and I am so proud that it made its mark. It was the first time we saw celebrities getting so candid with the fun tasks. As for Kapil’s show, everyone knows it has been one of the best finds in the last decade.

Varun Badola: Kaun Banega Crorepati is definitely the best show of the last decade, and the only show that I get to enjoy with my son. It is his favorite, and we usually sit together to watch it. He is so fond of KBC that every time a question pops up, he tries to guess the answer. We even have long discussions when our answers are wrong. He is quite the intellectual kind, and his answers are correct many times. On the other hand, we are also mesmerised by the sheer aura of Amitabh Bachchan, and my kid even tries to imitate the legend sometimes.

Kriti Verma: It has to be Bigg Boss undoubtedly. I have been part of Roadies also, but the kind of fame and glory Bigg Boss gives even to commoners is just amazing. It has been more than a year that I did the show, and till now people stop me with their questions- is it scripted? How is Salman Khan as a host? There is so much curiosity about the show. I think it is the best show and Salman is the biggest factor for the same.

Paritosh Tripathi: I can’t pick one, so I will name three – Super Dancer, Indian Idol and India’s Best Dramebaaz. All three are talent hunt shows and gives a platform to young talents in the country. I have hosted Super Dancer, and I feel it is the only show that promotes student-teacher bond. You are not just making kids dance but also teaching them the importance of guru through the show. As for Indian Idol, it has some amazing themes, and the contestants get to perform and be encouraged by living legends of the industry. Lastly, every kid is a dramebaaz and to be able to give a platform to that is amazing.

Haryana CM Khattar sets target of self-reliance for all...