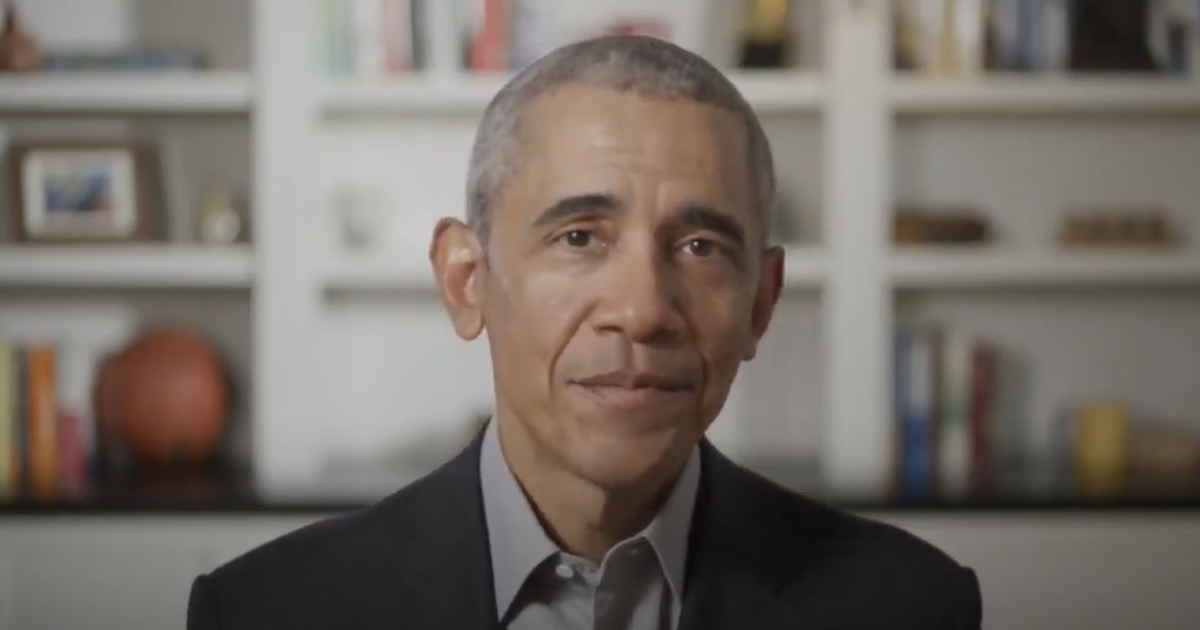 Former President Barack Obama delivered a virtual commencement speech on Saturday for over 20,000 students from historically black colleges and universities (HBCUs). And with the ongoing pandemic making for a very unpredictable time, he made sure to sprinkle in plenty of sage advice on how to continue forward.

The two-hour live streamed event, called "Show me Your Walk H.B.C.U. Edition" was sponsored by Chase and hosted by Kevin Hart. You can watch it in its entirety below, with Obama's speech appearing toward the end.

Throughout the speech, Obama called upon the graduates to help lead the way during what is a particularly scary time.

"If the world’s going to get better, it’s going to be up to you. With everything suddenly feeling like it’s up for grabs, this is your time to seize the initiative. Nobody can tell you anymore that you should be waiting your turn. Nobody can tell you anymore “this is how it’s always been done.” More than ever, this is your moment — your generation’s world to shape," Obama said.

While taking on such a responsibility, he encouraged them not to cloud their visions of the future with cynicism or fear.

"As young African Americans, you’ve been exposed, earlier than some, to the world as it is. But as young H.B.C.U. grads, your education has also shown you the world as it ought to be," he continued.

To help with what might feel like a daunting journey, Obama offered three pieces of advice: immerse yourself in activist communities that include those willing to fight for justice and equality, surround yourself with allies that can help all types struggling groups, (whether it's immigrants, the L.G.B.T. community, low-income of any background), and to remember that they are all now role models.

"Your participation in this democracy, your courage to stand up for what’s right, your willingness to forge coalitions — these actions will speak volumes. And if you are inactive, that will also speak volumes," he explained. "Not just to the young folks coming up behind you — but to your parents, your peers, and the rest of the country. They need to see your leadership — you’re the folks we’ve been waiting for to come along."

He ended the speech by letting the new graduates know just how much power they hold to shine brightly for all things justice, equality, and joy.

Both the pandemic and the current state of the entire world has made any thoughts about the future terrifying to think about. But there's no denying Obama's speech could help give us the hope we've all been looking for.

Elon Musk can have SpaceX. We'll visit the ISS with LEGO.

In the internet era, public libraries are more vital than...

Twitter's conservative critics see bias. Now, one of them...

'The Daily Show' runs through some of the all-time worst...