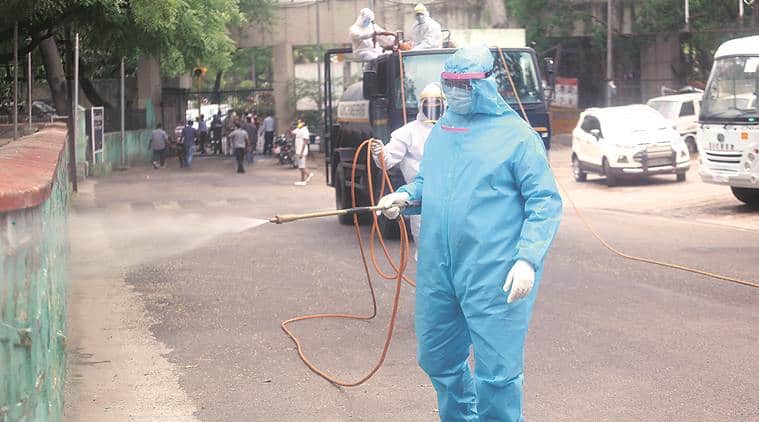 A day after Hindu Rao Hospital was shut as a nurse tested positive for COVID-19, a senior official said 52 medical staff, including four doctors and 10 nurses, who were in contact with her are being tested.

The 950-bed hospital, the biggest under North MCD, employs over 1,200 medical staff, including 400 nurses and 400 doctors. An isolation ward with 14 beds has been set up for COVID-19 cases but patients are yet to be sent here.

North body commissioner Varsha Joshi said she has sought a detailed report: “We are looking after admitted patients. We have no evidence on where the nurse got the infection from; in a lot of cases nowadays across the city, there is no established contact history.”

“The contacts have been identified, are being tested and will be kept in quarantine. Other contacts who were not in the hospital will also be tested and quarantined,” said Joshi.

Doctors, meanwhile, alleged the nurse had to make repeated requests over the past week to the hospital to be tested. A senior doctor claimed it took four-five days for the administration to conduct it: “She had come to my ward, seeking details on the testprocedure… She had interacted with two staffers at that time.”

Another doctor said the nurse finally told the hospital she would not go home if they didn’t test her. The hospital tested her on April 23 and the reports came on April 25.

A senior North MCD official said she had complained of fever and was asked to contact the district surveillance officer (DSO): “She was on duty on April 17, 18 and 19. As per the roster, she was off on April 20 and 21. She came to work on April 22 night and demanded that she be tested. Her sample was taken on April 23.”

The official further said, “She had contacted the DSO but since not every flu can be regarded as COVID-19, she would not have met the criteria for testing.”

On the allegations, Joshi said: “It is confirmed that advice of the DSO was taken and followed at every step. Contact tracing has been informally done by the hospital but a final list will come from the DSO of her residential district. If any action is warranted, I will take it.”

When contacted, the DSO refused to comment and said the Hindu Rao administration would address the issue. The hospital’s medical superintendent said she is not authorised to speak to the media.

The hospital was sanitised on Sunday and is set to resume services in the casualty and emergency wards, including the flu clinic and the three OPDs (gynaecology, paediatrics and medicine), with restricted entry of patients and attendants from Monday.

Sara Ali Khan can be your fashion inspiration this summer;...

Sara Ali Khan needs no introduction. If you follow her fashion closely, you would...

Rajasthan Royals tie up with BCCI to offer sports marketing...

Well, folks, this was not hard to see coming. In recent weeks there has been a lot...