This morning Everee, a Utah-based software as a service (SaaS) startup focused on payroll, announced that it has closed a $10 million Series A. The funding event was led by Origin Ventures and Signal Peak Ventures. Previously, Everee had raised... 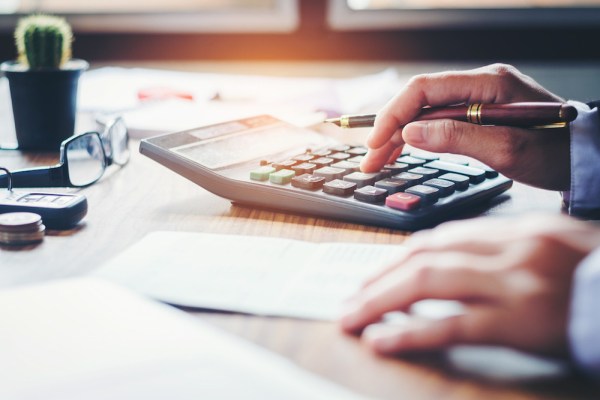 This morning Everee, a Utah-based software as a service (SaaS) startup focused on payroll, announced that it has closed a $10 million Series A. The funding event was led by Origin Ventures and Signal Peak Ventures. Previously, Everee had raised a $3.7 million Seed round in mid-2019.

The company is therefore as well capitalized as it has been in its life, right as the economy enters a rough patch. TechCrunch spoke with one of the company’s founders, Ron Ross, and its new CEO Brett Barlow (formerly of Utah unicorn Pluralsight), about the new capital and what it plans on doing with it.

According to Ross, the company was founded out of a problem he saw in the market. When his daughter went to college and started working she earned enough to cover her expenses, but her income timing didn’t match her cash flow needs, so she had to ask her parents for occasional loans. Ross wasn’t stoked by the situation, until he dug into it more closely and found that the payroll system of today doesn’t always match well with the cash needs of workers.

And thus Everee was born, a SaaS tool that handles payroll with a neat twist. Instead of paying workers merely every two weeks, the service offers more flexible payout options. Its lower-cost service lets workers select twice-weekly, every two weeks or monthly payouts. Its more expensive service lets workers cash out their earnings on a daily or weekly basis, as well.

This might sound odd, but it makes sense; why should workers’ wages be tied up for weeks until they receive them? That’s stupid as heck. If you work, you should get paid right away. That would be more worker-friendly and sensible, and with modern banking, it should be common.

Everee also does what you’d expect from a payroll service, like onboarding, timecard management and the rest. I was a little surprised by its price point, which starts at $15 per worker per month for its cheaper service ($10 per month with more employees), but the company told me that it’s priced largely in line with competition.

Before we close, a financial wrinkle. Everee doesn’t change a company’s cash flow if its workers decide to cash out earnings more rapidly than what’s normal. Instead, it covers the cash flow changes itself, using a credit facility. The firm then eats that cost of capital as cost of revenue (COGS), meaning that to offer its pay-when-you-want-to-get-paid it takes a gross margin hit. Why does that matter? It means that Everee is changing its revenue quality to offer a neat service. This isn’t a knock, more of a note. Everee is, to a degree, shaving about 5 points off its gross margins, according to its executives, so that workers can get paid more promptly.

To be clear, Everee is a SaaS business with likely attractive economics, but I’m a sucker for tooling that helps working people, and thus wanted to highlight how the system works.

Finally, how will Everee approach growth in a market where hourly workers are being laid off around the nation? When TechCrunch spoke to the company, it noted there are a host of workers still employed, including folks working at grocery stores and other critical pieces of infrastructure. It will still have a market to grow into, or at least the cash to float itself until the employment market comes back.

VAST Data lands $100M Series C on $1.2B valuation to turn storage on its head

Researchers to study if startup’s wrist-worn wearable can...

Edtech startups prepare to become ‘not just a teaching...

Startup valuations drop as exits are delayed and the stock...

UK tech job vacancies fall 31% in less than 4 weeks, according...

What’s up with tiny checks at giant valuations?

Samsung has announced three new programs on its online store, called the Samsung...

Elderly should be given priority in govt hospitals, says...