Just to let you know, if you buy something featured here, Mashable might earn an affiliate commission. Instead of leaving your heat on all day, the Nest thermostat can turn it on before you get home. Image: google By Leah StodartMashable Shopping2020-03-06... 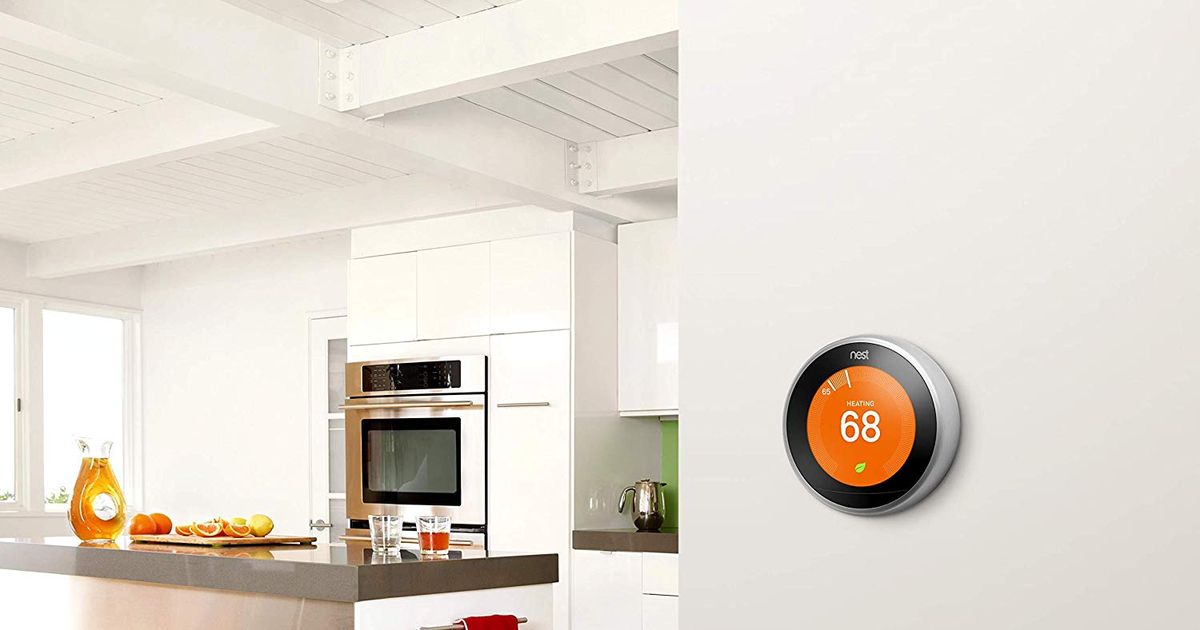 With daylight saving time just days away, we all have butterflies about all of the plans we're going to make when it's warmer outside and light out longer. (Though, let's be real, we've had a countdown to this day since that dreaded day last fall.)

With all of the running around you'll be doing, adding a smart device to help manage your thermostat, schedules, and internet might be wise. Google's collection of Nest Learning Thermostats, Nest WiFi routers, and Nest smart displays let you control smart plugs, lights, locks, energy usage, and more while you're not even home. For the few seconds that you are home to take a breather, a simple "Hey Google" command can make life a lot easier.

And as of March 6, all of those Nest devices are on sale:

Google's first attempt at mesh WiFi in 2016 went extraordinarily well. It was kind of known as the easy, fast, no-fuss solution to shitty internet at home, not to mention it looked chic and inconspicuous (as most routers don't).

In Nov. 2019, Google revamped its mesh system to yet another Eos lip balm-looking router, and it's once again a no-brainer choice for anyone who's tired of confusing instructions, shifty connection, and slow loading. Nest WiFi is too easy to set up and provides powerful speeds from the get go, and each piece doubles as a Google Assistant smart speaker. The only people who may leave feeling unsatisfied are gamers when they notice the lack of ethernet support.

One of the simplest ways to combat your inevitable climate change anxiety is to find concrete ways to make a difference. That difference can be as small as cutting your home's energy usage, but this doesn't have to mean refusing to turn on your heat or AC at all times.

The Nest Learning Thermostat and its sensors (sold separately) provide a more efficient cooling system by learning your behaviors (as well as what rooms in the house are being occupied) and builds schedules around them. There's no need to heat an entire floor if no one is up there, and there's no need to blast the AC all day when your Nest will make sure you come home to a comfy temperature. Not only will you be decreasing your contribution to power plants going into overdrive, but Nest estimates that you'll save between $131 and $145 on energy bills for the year.

You don't realize how nice it is to have a hands-free smart display in your home until you go to someone else's home and realize that they can't say "Hey Google, call mom" while elbows deep in a recipe they don't really know how to make. The Google Nest Hub is technically a digital photo frame, but it can also do things like make video calls, show Youtube videos, and give directions with Google Maps. (It's essentially Google's answer to the Amazon Echo Show.)

This bundle at Walmart also comes with a Nest Thermostat E. Though it's Google's cheapest smart thermostat option, it can do literally almost everything that the more expensive Nest Learning Thermostat can do. It learns schedules and can control temperature via voice or an app — it simply doesn't display the time or temperature when it senses that someone is in the room.

Walmart's advertised MSRP ($318) is a bit inflated, as buying the two items separately would total to $298 — but it's still a sweet savings of $30.

Amazon has Philips electric toothbrushes for over half off

The 'Ghost of Tsushima' collector's edition is up for pre-order

This collective is combining art and engineering to create...

Everything coming to Netflix in March 2020

The Anker SoundCore 2 Bluetooth speaker is tough to beat...

New Star Wars book plugs one of the big 'Rise of Skywalker'...

Mood and habit tracker Tangerine is simple, pretty, and...

Years ago, Teel Lidow arrived at the airport to take a standard, eight-hour flight...

The thought of facing Lee took my sleep away, don’t want...