Written by Sukhbir Siwach | Chandigarh | Published: January 19, 2020 12:55:23 pm This matter was brought to the notice of Home Minister Anij Vij who forwarded it to Chief Minister Manohar Lal Khattar after granting his green signal. (File)... 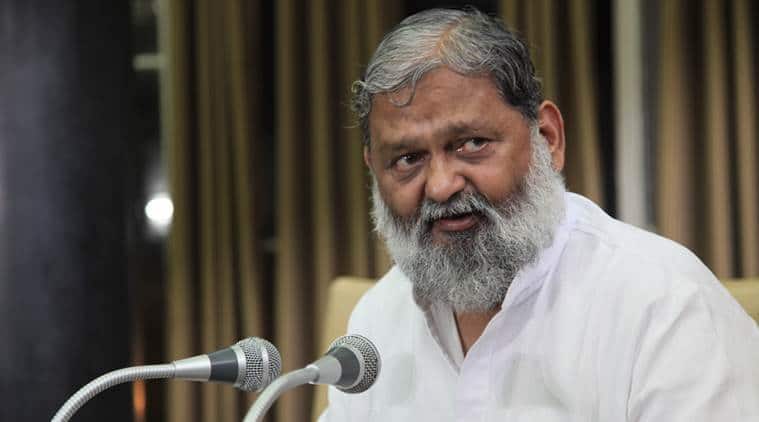 This matter was brought to the notice of Home Minister Anij Vij who forwarded it to Chief Minister Manohar Lal Khattar after granting his green signal. (File)

The police officers in Haryana may soon get salaries at par with the civil servants (state services), if a proposal cleared by Home Minister Anij Vij is approved by the chief minister.

The HPS (Haryana Police Services) officers have been seeking pay parity with their counterparts in HCS (Haryana Civil Services) since long. Recently, this matter was brought to the notice of Vij who forwarded it to Chief Minister Manohar Lal Khattar after granting his green signal.

Now, Khattar, who also holds the finance portfolio, will take a final call on the matter.

Meanwhile, a section in the government has expressed reservations.

“If the demand of HPS officers is accepted then those in the HCS (allied) services will also raise similar demand, which will lead to further financial implications for the state exchequer,” said a senior officer requesting anonymity.

The officer said that the pay scale of the HPS and excise and taxation officers recruited through HCS (allied) are almost same. Block Development and Panchayat Officers (BDPOs), District Forest Officers (DFOs), District Food and Supply Controllers (DFSCs), Traffic Managers and Assistant Registrars of cooperative societies are other officers who are selected after clearing HCS (allied) exam.

Police officials, however, say that some states already have a provision of pay parity for the officers of state civil services and police services. Former DGP RS Dalal told The Sunday Express that the state police have been raising this issue since long. “The discrepancy in the pay structure of HCS and HPS officers took place in the implementation of report of a pay commission in Haryana,” he added.

HPS officers are normally posted as DSPs while the HCS officers are posted as SDMs (sub divisional magistrate) during initial years of their service. Apart from handling the civil administration, the SDMs also look after the revenue related issues.

“The police and revenue have been two important components of administration since the days of Britishers in India. Like the HCS, HPS officers also play key role in the administration. They go to the spot and supervise the investigation, which are conducted by their juniors. Some times, the youngsters prefer police services over civil services,” says Dalal, a retired IPS officer.

Meanwhile, BDPOs have also sought enhancement in their basic pay at entry level claiming that it is too low in comparison to HCS and HPS officers. A source said that the officers are also planning to approach the government in this regard.

IT minister Ravi Shankar Prasad wants use of blockchain...