HBO Max's 'Legendary' will bring you back to fierce, fearless life

Image: hbo max All products featured here are independently selected by our editors and writers.If you buy something through links on our site, Mashable may earn an affiliate commission. By Alison Foreman2020-07-03 09:00:00 UTC In 2020, I am... 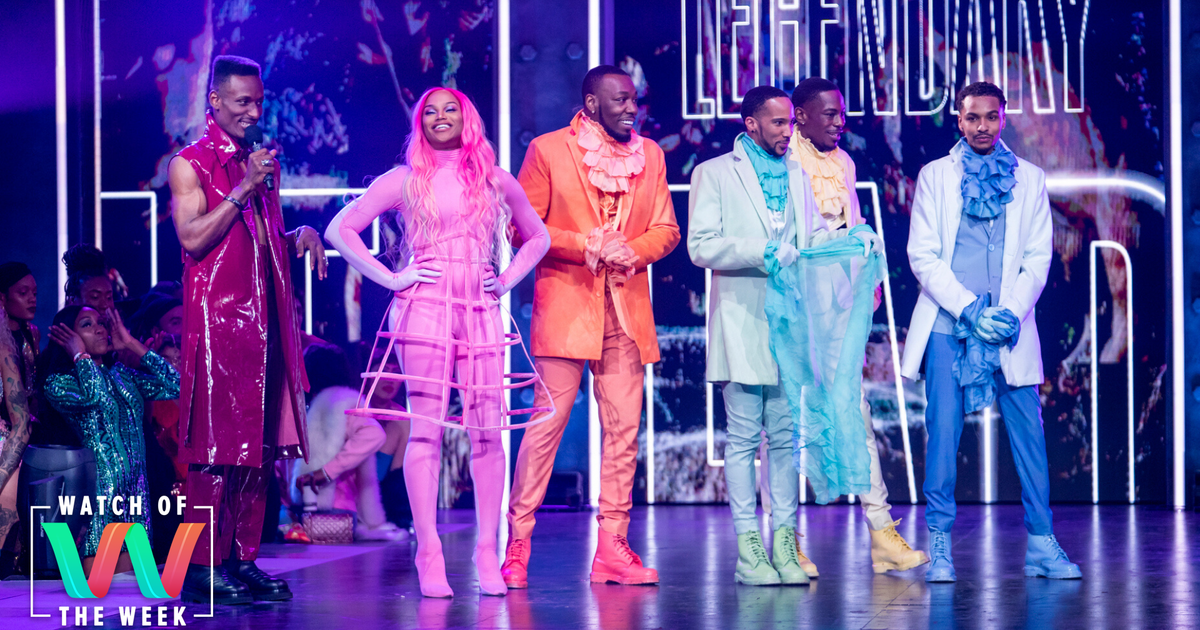 Once a week, the HBO Max voguing reality competition series transforms my couch from socially distanced life raft to stadium seating – a place where I cheer, dance, and pose the apartment down as my pets and partner look on in stunned silence. It doesn't matter if just moments before I was laid out on the floor contemplating the blurry limits of my existential dread. The moment Master of Ceremonies Dashaun Wesley appears on the runway, it's time to get my shit together. No matter what else is happening, this is ballroom. It deserves only the best.

An overwhelming presentation of excellence.

Debuted on HBO Max's launch day in May, Legendary showcases the talents of eight top-tier "houses" – Escada, Gucci, Ebony, St Laurent, Ninja, Balmain, West, and Lanvin – as their members vie for the weekly title of Superior House and the chance to win $100,000 come the season finale.

Across the show's nine episodes (seven of which have aired so far), Legendary's predominantly Black and Latino LGBTQ performers participate in weekly balls – glittery displays of production, fashion, attitude, and rivalry that change depending on the particulars of the night. It's an overwhelming presentation of excellence, the sort fans of FX's Pose, RuPaul's Drag Race, and plenty of appropriated entertainment will immediately recognize for the hallowed art form it is.

Rooted in centuries of racist, homophobic, and transphobic marginalization, ball culture delivers celebration and rebellion simultaneously. With every duck-walk, hairpin, spin, and dip, these competitors demand undivided attention from their audience. The series' apt title and banger of a theme song say it all: This isn't a fight to be the best today, but to be the best, full stop.

Viewers unfamiliar with ballroom culture get a crash course on this style of competition in the first episode, though it's not hard to understand just by watching.

It's an electric atmosphere, as intoxicating as it is ruthless.

Categories are announced, and pursuant to their demands, one or more members of each house rise to the challenge. Judges Law Roach, Megan Thee Stallion, Leiomy Maldonado, and Jameela Jamil (note the controversy there) are joined by a celebrity guest – the likes of which include model Tyson Beckford, rapper Taylor Bennett, and actress Dominique Jackson – and together, the panel appraises the performances in ballroom's classic all-or-nothing style. If one of the judges doesn't like you, you're cut from the category. But tens across the board, and you'll perform again until there is a final winner. In the background, fans can be heard chanting house names and desperately pleading for their favorites to snatch the win. It's an electric atmosphere, as intoxicating as it is ruthless.

The theme of the ball changes each week, transporting contestants and viewers from the circus to outer space and plenty of other arenas in between. The houses regularly interpret the themes differently, resulting in an array of performances that approach the central challenge in ways that are unique to the people tackling them. This is particularly evident in episode 2, which featured a fairy tale theme and a "Three Blind Mice" category that inspired heated debated among the judges, contestants, and viewers. (I still say that elimination was bullshit.)

Legendary's docu-style approach allows the audience behind the scenes with short clips detailing vigorous rehearsals and occasional drama between performances. Episode by episode, we learn more about the showstopping stars stealing our hearts and how they came to join their houses. With so much stage time needed (everyone has to perform every episode), this is the smallest part of the show, but it adds a powerful narrative to the battle unfolding before you.

Suffice to say, for folks looking for a new obsession this summer, Legendary is perfection. Though it can't service the entire history of this revolutionary subculture, it delivers high production values, unparalleled talent, and immeasurable style. Plus, it just may get more people, like me, appreciating and supporting these artists, an obvious win for all involved. Now, go follow everyone on Instagram. I'll wait here.

Netflix's 'All The Bright Places' loses what made the book...

Save up to $200 on HP laptops, including Chromebooks

Watch this cooler transform into a skateboard &#8212; Future...

Amazon is a coronavirus mess as sellers sling merch, overpriced...

I want to explore my capacity as an actor: Abhimanyu Dassani

Everee raises a $10M Series A to scale its worker-friendly...

This morning Everee, a Utah-based software as a service (SaaS) startup focused on...

Birds of Prey Director Wants To Add A Fan-Favorite Character...

This is no doubt why Cathy Yan chose Ivy as the character she'd most like to introduce...