Bezos, presumably with his hacked phone in one of those massive cargo pockets, at the annual Allen & Company Sun Valley Conference in July of 2018. Image: Drew Angerer / getty By Jack Morse2020-01-22 21:15:03 UTC What secrets does Jeff... 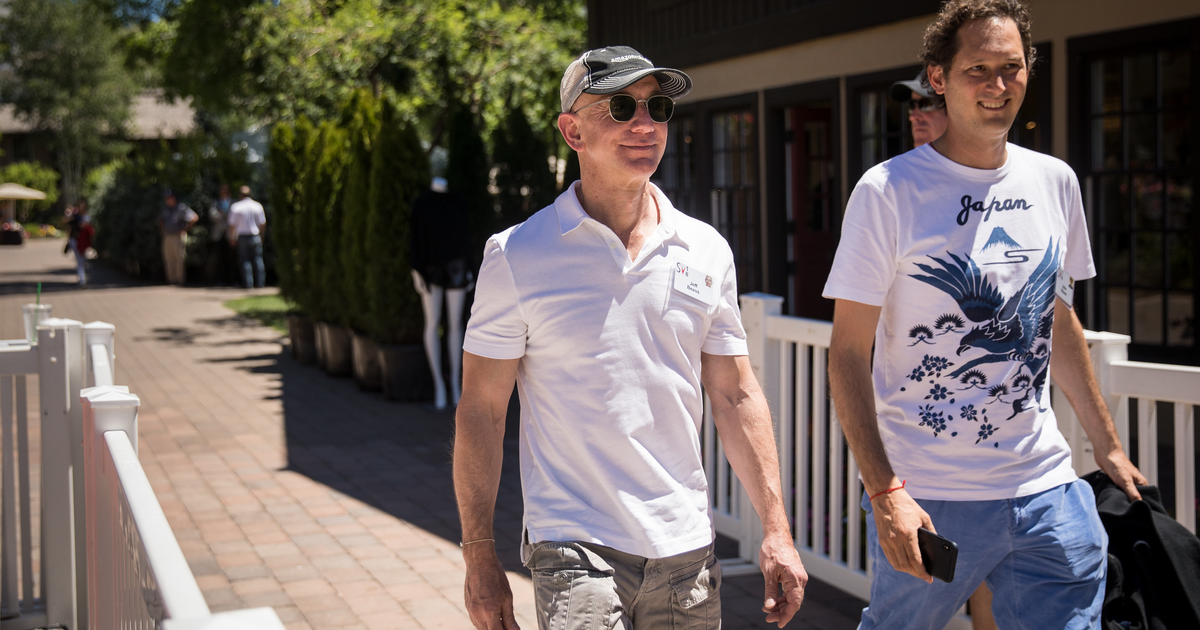 What secrets does Jeff Bezos spill behind closed doors?

The Amazon CEO and owner of the Washington Post meets with industry heads, politicians, and regulatory officials as a matter of course. And, as a forensic analysis of Bezos' hacked phone obtained by Motherboard shows, there's a possibility the Saudi government was listening in on those very conversations for months.

The report, by cybersecurity firm FTI Consulting, details how and why investigators hired by the CEO came to believe his iPhone was hacked by the Saudi government. It also, however, notes the extent to which Bezos' phone was completely owned.

"FTI assesses that Bezos' device was compromised on May 1, 2018," reads the report, "and that the compromise resulted in gigabytes of data exfiltration that likely contained sensitive data such as personal photos, text messages, instant messages, emails, and possibly local (eavesdropped) recordings done via the phone's microphone."

In other words, any time from May 2018 until Bezos turned his phone over to FTI in late February 2019, whoever hacked his phone could have been listening in on his phone's mic.

So what was Bezos doing in that 10-month window? His meeting with Donald Trump occurred before then, thankfully, but that doesn't mean there weren't plenty of valuable conversations for a potential spy to overhear.

In July of 2018, Bezos attended the Allen & Company Sun Valley Conference — otherwise known as "summer camp for billionaires." In attendance, according to Business Insider, was a healthy list of major players in the business and technology sector. Like, for example, Eddy Cue, Dara Khosrowshahi, Sheryl Sandberg, Rupert Murdoch, Sam Altman, and current presidential candidate Michael Bloomberg.

But wait, it gets even wilder. A look at the specific dates of "notable spikes in egress traffic" from Bezos' phone show at least one interesting coincidence.

Importantly, the data extraction from Bezos' phone wasn't restricted to the few dates shown in the chart above. According to FTI Consulting, "in addition to spikes, the daily average jumped from 430KB to 101MB."

In other words, this daily extraction of data from Bezos' phone captured way more than just dick pics and scandalous text messages — that's just what happened to end up in the hands of the National Enquirer.

Imagine what whoever hacked Jeff Bezos' phone could still be sitting on.

Apple may unveil a new, cheaper iPhone as early as March

Save on laptops, monitors, and more during Amazon's 1-day...

Pagico is the $25 app that will make your digital life...

'No Time To Die' release delayed until November due to...

These mobile games can brighten up your day

The party never stops with this powerful speaker

Facebook now lets you create 3D photos without a portrait...

Adele uses her social media accounts pretty sparingly - so whenever she does post...

As lockdown dries up revenue and pandemic ups expenses,...

Look out, influencers: Your #ads could be in danger