Written by Dipankar Ghose | New Delhi | Updated: May 20, 2020 2:22:38 am Three of the four districts with the highest number of cases — Ganjam, Bhadrak and Balasore — are coastal. Already fighting a surge in Covid-19 cases after the return... 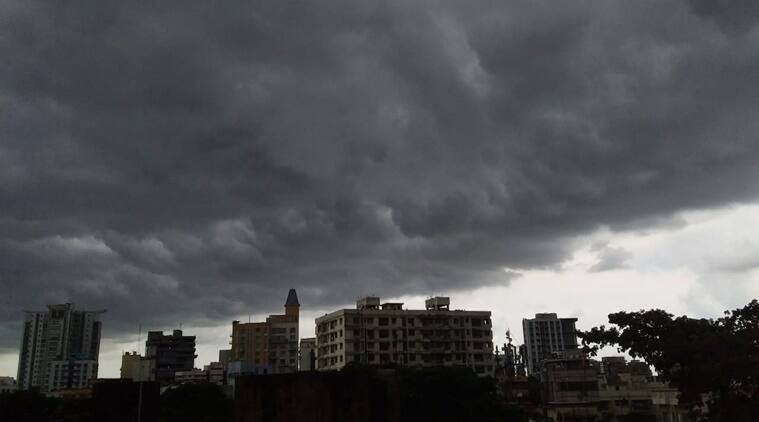 Three of the four districts with the highest number of cases — Ganjam, Bhadrak and Balasore — are coastal.

Already fighting a surge in Covid-19 cases after the return of migrants, the Odisha government now faces the unique challenge of bracing for a cyclone while keeping social distancing in mind.

As cyclone Amphan heads towards West Bengal and several districts of Odisha are on alert, senior officials said a key challenge was that many structures to be used as evacuation centres are currently functioning as quarantine facilities. District collectors have, therefore, been asked to identify other buildings on a mass scale, given the fact that they cannot be packed with evacuees due to fears of Covid-19 infection.

What has exacerbated the situation is that of the 23 districts in Odisha, coastal districts that may face effects of Amphan have reported 633 out of 978 Covid-19 cases in the state so far — as per the state government dashboard. Three of the four districts with the highest number of cases — Ganjam, Bhadrak and Balasore — are coastal.

On Tuesday, the India Meteorological Department (IMD) identified six Odisha districts as most vulnerable. This list does not include Ganjam, but includes Jajpur, which has the second highest number of cases in the state. These six districts have reported 461 Covid-19 cases so far.

Pradip Jena, Special Relief Commissioner, told The Indian Express that the administration swung into action when they heard of the cyclone on May 14. “This is a very difficult dual disaster situation. Once we got the cyclone warning, the first challenge before us was how do we manage this evacuation because out of 809 cyclone centres in these 12 affected districts, 242 are being used as quarantine centres,” Jena said.

With schools and colleges shut, district collectors were given one day to identify “additional temporary buildings”. “I told them I don’t want any asbestos structures. I want permanent roofs. We have identified 7,092 such structures,” Jena said.

He said Amphan has a higher intensity than cyclone Bulbul, which struck last year. “Last time, we had only evacuated 15,000 people. This time we are looking at around a lakh.”

On how social distancing would be ensured at evacuation facilities, Jena said, “You can’t always have two-metre distancing. The idea is to ensure social distance as much as possible, So if an evacuation centre earlier had 3,000 people, now we are putting around 750 people.”

Officials said that after communications with the Centre, it has been agreed that no special trains will be sent to the coastal districts of Odisha between May 18 and 21. “However some trains will come to western Odisha districts and if some coastal people are coming on those trains, we have advised the receiving district collectors not to let them proceed. They can be housed in temporary shelters in those districts and once the situation improves, they can be sent to their home districts,” a senior official said.

The state government is hopeful that comparisons being drawn to the 1999 super cyclone will prove to be incorrect and the impact much lesser, at least in Odisha. “The wind speed will certainly be less than in 1999. Impact wise it should be not like the super cyclone as far as Odisha is concerned,” a senior official said.

Ahmedabad: Case against online portal for tweet on Shahpur clash

Kerala: Hindu couple ties the knot in a mosque, gets love...

Strangers helped him study so J&K cop pays that forward...

Best cheap VPNs: How to stay anonymous online for less...

If you want to make sure your online activities are undetectable and untraceable,...