By: PTI | London | Published: June 9, 2020 4:25:07 pm A visibly angry Patel took to the House of Commons despatch box on Monday to condemn the “hooliganism”, which she said was “utterly indefensible”. (PTI Photo) Two of Britain’s senior-most... 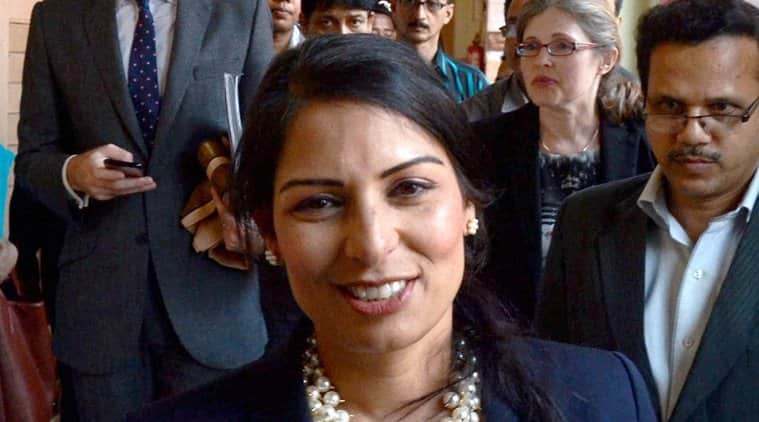 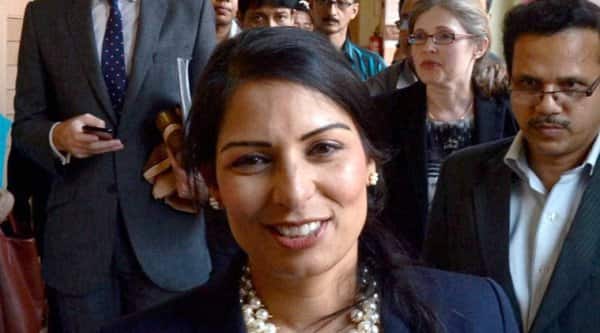 A visibly angry Patel took to the House of Commons despatch box on Monday to condemn the “hooliganism”, which she said was “utterly indefensible”. (PTI Photo)

Two of Britain’s senior-most ministers, Chancellor Rishi Sunak and Home Secretary Priti Patel, have spoken out against racism as UK Prime Minister Boris Johnson hailed his most diverse Cabinet in British history in the latest call for restraint among anti-racism protesters.

Johnson issued a video statement on social media to reiterate that “yes, Black Lives Matter” but highlighted the need to also push through the message of social distancing at a time of “national trial” in a fight against the “deadly plague” of coronavirus.

“I am proud to lead the most ethnically diverse government in the history of this country, with two of the four great offices of state held by a man and a woman of Indian origin. This country has made huge strides”, he said, in reference to Sunak and Patel. “[But] I will not support those who flout the rules on social distancing, for the obvious reason that we risk a new infection at a critical time and just as we have made huge progress”, said the UK prime minister.

As 35 police officers reported injuries following violent clashes during Black Lives Matter protests across the UK over the weekend, a visibly angry Patel took to the House of Commons despatch box on Monday to condemn the “hooliganism”, which she said was “utterly indefensible”.

“These protests are about injustice, but by attacking our courageous police they are acting in a wholly unjust way”, she said.

Questioned by an Opposition Labour Party MP whether the minister fully understood the “anger and frustration” felt by anti-racism demonstrators protesting against the brutal killing of African-American George Floyd in police custody, Patel reacted with a teary-eyed angry response with references to her own experiences with racism due to her Indian heritage.

She retaliated: “On that basis, it must have been a very different Home Secretary who as a child was frequently called a Paki in the playground; a very different Home Secretary who was racially abused in the streets or even advised to drop her surname and use her husband’s in order to advance her career, so when it comes to racism, sexism, tolerance or social justice, I will not take lectures from those on the other side of the House.”

Her fellow Indian-origin Cabinet colleague, finance minister Rishi Sunak, took to social media with a message to reflect on the depth of feeling among the protesters while acknowledging that racism did still exist in Britain.

He said: “As a British Asian of course I know that racism exists in this country. And I know people are angry and frustrated. They want to see, and feel, change. But a better society doesn’t happen overnight, like all great acts of creation, it happens slowly and depends on the cooperation of each of us toward that common goal.”

He condemned the “small minority” who had let down the anti-racism fight by acts of “violence and vandalism”. “The truth is we have created a country far more inclusive and fairer than at any point in its history. Does this mean our story is over? No, but we shouldn’t ignore the hard work of the many generations who came before us”, he said.

Scotland Yard said a total of 36 people were arrested during protests in London for offences including violent disorder, criminal damage and assaulting police.

The criminal damage involved the statues of Mahatma Gandhi and former UK PM Winston Churchill being targeted with graffiti in Parliament Square in London.

The police force labelled the incidents by a “minority” of violent protesters as “disgraceful” and has said that a thorough investigation is underway to bring those responsible for criminal acts “speedily to justice”.

Karnataka: Techie who returned from US is state’s 1st Covid-19...

Samsung Galaxy Z Flip’s production may be affected due...