RJD to contest on 4 seats in Delhi in alliance with Congress, to announce candidates tomorrow 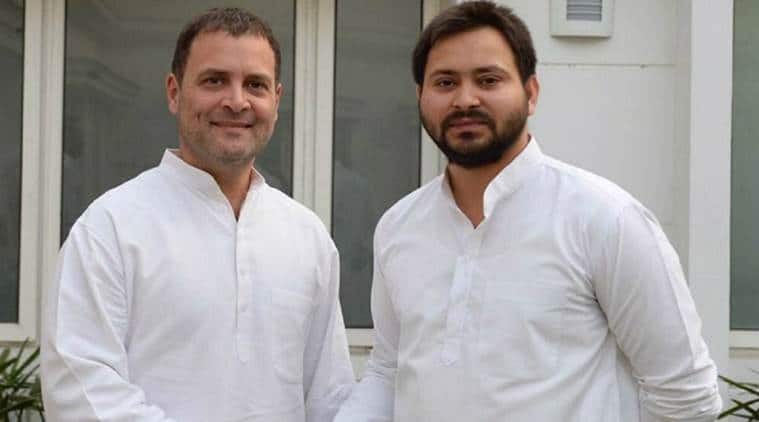 Seeking to expand its footprint outside Bihar, Lalu Prasad Yadav’s Rashtriya Janata Dal (RJD) will contest on four Assembly seats in Delhi in alliance with the Congress.

Polling for the 70 member-Delhi Assembly will be held on February 8.

The RJD had initially demanded 10 per cent seats in Delhi from the Congress, but finally it was decided that the party would contest on four constituencies — Burari, Kirari, Palam and Uttamnagar, senior RJD leader and Rajya Sabha MP Manoj Jha said.

“We have a list of 39-40 candidates for the four seats and our SWOT analysis is going on. We will announce our candidates on Monday,” he said.

The last day for filing of nomination papers for the Delhi polls is Tuesday.

The RJD banking on presence of a sizeable number of Purvanchali voters in Delhi and would hope to open its account in the city with the help of its senior alliance partner.

“We will give a good fight on all the four seats we are contesting,” Jha said.

Delhi Congress president Subhash Chopra said the alliance will help the Congress in its efforts of challenging the AAP and exuded confidence that his party would form government in Delhi.

The Congress, which ruled the city for three consecutive terms from 1998 to 2013, will for the first time go in the Assembly polls in Delhi in alliance with another party.

Taking a dig at the AAP and Delhi Chief Minister Arvind Kejriwal for “not being vocal” against the CAA and NRC, he said, “We are not opposed to Kejriwal but we do not appreciate his silence on fundamental issues that are currently being talked about.”

The RJD had presence in Delhi and it contested elections here. Out of the four seats it has got in the pre-poll alliance, the party had earlier unsuccessfully contested in Kirari, Burari and Palam seats.

As a member of United Progressive Alliance(UPA), RJD contested recent Jharkhand Assembly polls along with JMM and Congress and bagged one seat.

For all the latest Delhi News, download Indian Express App

Balance in preparation strategy helped me shine in JEE...

Microsoft turns its Build conference into an online-only...

Mission to Mars: The Race for the Red Planet

China launched an unmanned probe to Mars on Thursday, aiming to demonstrate its...