By: Reuters | Melbourne | Published: January 19, 2020 7:27:21 pm Sania Mirza. (Source: File Photo) India’s Sania Mirza won the first tournament she entered after a two-year break on Saturday but she plans to take her return to tennis one week... 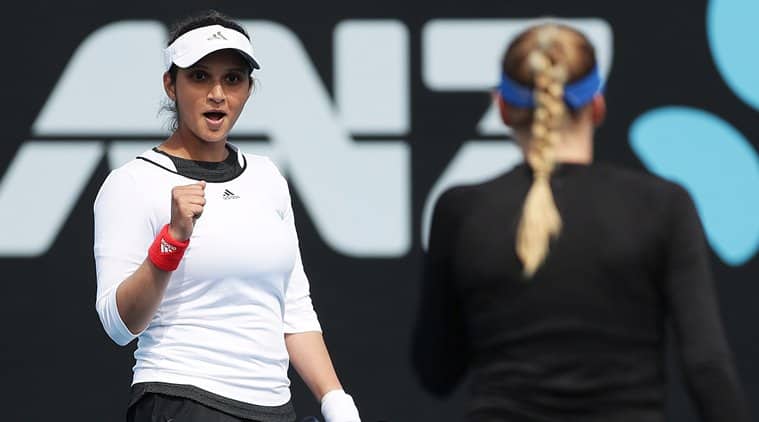 India’s Sania Mirza won the first tournament she entered after a two-year break on Saturday but she plans to take her return to tennis one week at a time, the former world number one doubles player told Reuters.

Mirza, who won six Grand Slam doubles titles, took a break from the game after the China Open in October 2017 and gave birth to her son a year later.

She made a winning return to the WTA Tour at the Hobart International with Ukrainian Nadiia Kichenok, picking up her 42nd WTA doubles title and the first since winning the women’s doubles in Brisbane in 2017.

The 33-year-old won her first Grand Slam in mixed doubles at the Australian Open in 2009 and also bagged the women’s doubles in 2016 but Mirza is unsure what is in store beyond Melbourne Park.

“I think a lot is going to depend on my body, how it’s going to react,” she said in an interview on Sunday. “So I haven’t really thought about it as much. I’m just going to take it day by day and week by week really.

“I haven’t thought about anything. I mean I’m just here, I’m having a good time, I’m winning. What more can I ask for in a comeback?”

Mirza said she only seriously started contemplating a return to professional tennis five or six months ago.

“It was not something that I thought of overnight,” she said. “It took time for me to understand how my body is reacting, how I’m reacting. How mentally, emotionally, I am reacting.

“Am I able to still put in that kind of hard work and put in the 100% which is needed to be at the top level?”

READ | ‘I was not as rusty as I had thought’

Mirza always believed there was tennis left in her and considers her son to be her new inspiration.

“I think my son is my inspiration to be here,” she said. “I hope when he starts to understand tennis and everything that’s going on within a few years, he will be really proud of me.”

Mirza and her husband cricketer Shoaib Malik are two of South Asia’s best known sports personalities and the former Pakistan captain is also in the middle of a comeback of sorts.

Malik, who will turn 38 next month, was recalled to Pakistan’s Twenty20 side for a home series against Bangladesh having played in the format last in February.

“It’s amazing right? He was quite surprised himself when he got the call,” Mirza said of Malik, who retired from tests in 2015 and gave up the 50-over format at the end of the World Cup in England last year.

“It was really good for him. I know that one of his dreams is to play the Twenty20 World Cup and hopefully win it for his country,” Mirza said, adding that Malik was one of the first few to tell her to return to tennis.

“I hope that he gets to play that. He’s had an amazing career which has lasted over almost three decades now.”

India free from polio, then why is govt launching drive against it

Underneath this bespoke electric bike is a 3D-printed titanium...

Called the 2029 after the French Majestic 1929, this unique electric bike is partially...

More than 6,000 schools in Himachal with student strength...