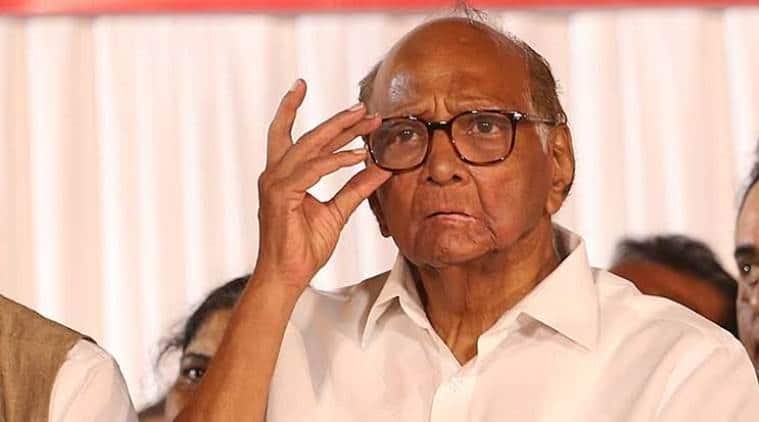 NCP president Sharad Pawar on Tuesday sought aid from the central government for the rehabilitation of the residents of Raigad district who have been affected by cyclone Nisarga.

“The state and the Centre need to come together and take cognizance of the problems that have been caused due to the cyclone and draft a policy for helping the people. I will also meet with the authorities in Delhi to highlight this issue,” Pawar, who arrived on a two-day tour of Konkan to assess the damage, said in Shrivardhan.

He visited some the worst-hit areas in Raigad district, including Mhasala, Diveagar and Shrivardhan – near which the cyclone had made a landfall on June 3.

Pawar also visited betel nut plantations, which were completely uprooted due to the heavy winds. “It is not new for Maharashtra to see crops being destroyed by drought. However, this damage is unprecedented as mango, cashew and coconut trees have been uprooted. It takes over 10 years for these trees to bear fruit. Many farmers will be bearing the impact of this for the next 10 years,” he said.

He added that the immediate priority of the state was to restore electricity in parts of the district, which were still reeling under a blackout after power supply lines got disrupted due to the cyclone.

Chief Minister Uddhav Thackeray had visited Raigad last Thursday and announced a Rs 100-crore financial assistance for the district. Pawar said that this money was immediate aid and the final compensation amount would be worked out after the completion of panchnamas by the district administration.

NCP MLA from Shrivardhan Aditi Tatkare said that the total losses suffered by local residents could be between Rs 800 toRs 1000 crore.

Super Junior - K.R.Y. puncaki tangga iTunes lewat "When We Were Us"

States have an obligation