By Sam Haysom2020-06-09 10:18:16 UTC [embedded content] The protests against racism and police brutality sparked by the killing of George Floyd — who died after an officer kneeled on his neck for nearly nine minutes — show no signs of slowing... 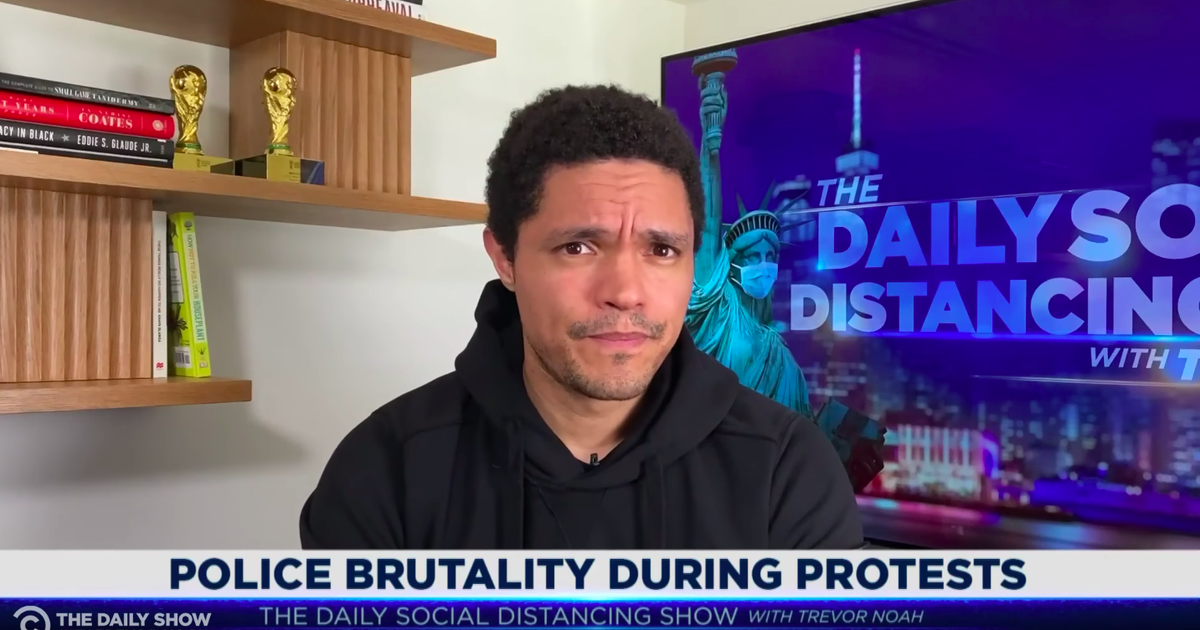 The protests against racism and police brutality sparked by the killing of George Floyd — who died after an officer kneeled on his neck for nearly nine minutes — show no signs of slowing down.

But while these protests are spreading globally, videos of police brutality are also being shared far and wide — including that now viral footage of a riot squad in Buffalo shoving an elderly man to the floor, then walking past him while he bled on the concrete. After the officers involved were suspended, 57 members of their unit resigned in protest.

"Think about this for a second," says Trevor Noah in a video unpacking the events. "Not only did the police department try to cover up what happened — not only did they try and lie about something that we all saw on camera — but once the truth got out, and those cops were punished, the entire team resigned to protest those police being held accountable.

Noah finishes by saying that the police, in a way, have a gang-like code. "Above all, you are loyal to your crew," he says. "That is a culture that's in every police department — and that's the heart of this issue. If good police are willing to look the other way, or even join in when the bad police abuse their powers, you can make new rules and regulations all you want, but it won't matter.

Coronavirus panic is not an excuse to spread racist memes

'The Invisible Man' gets tripped up in the details

Find a real relationship for $0 on these non-corny free...